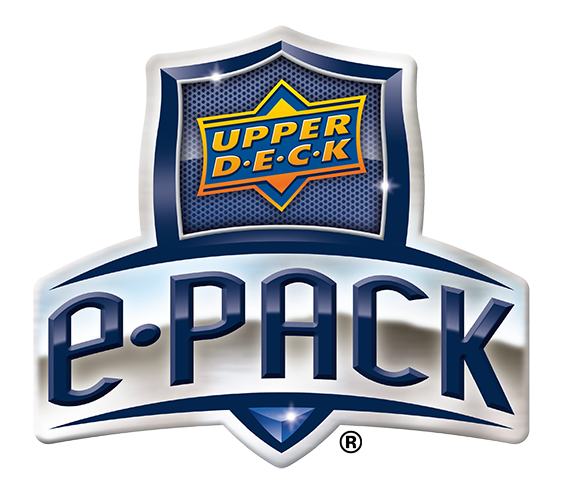 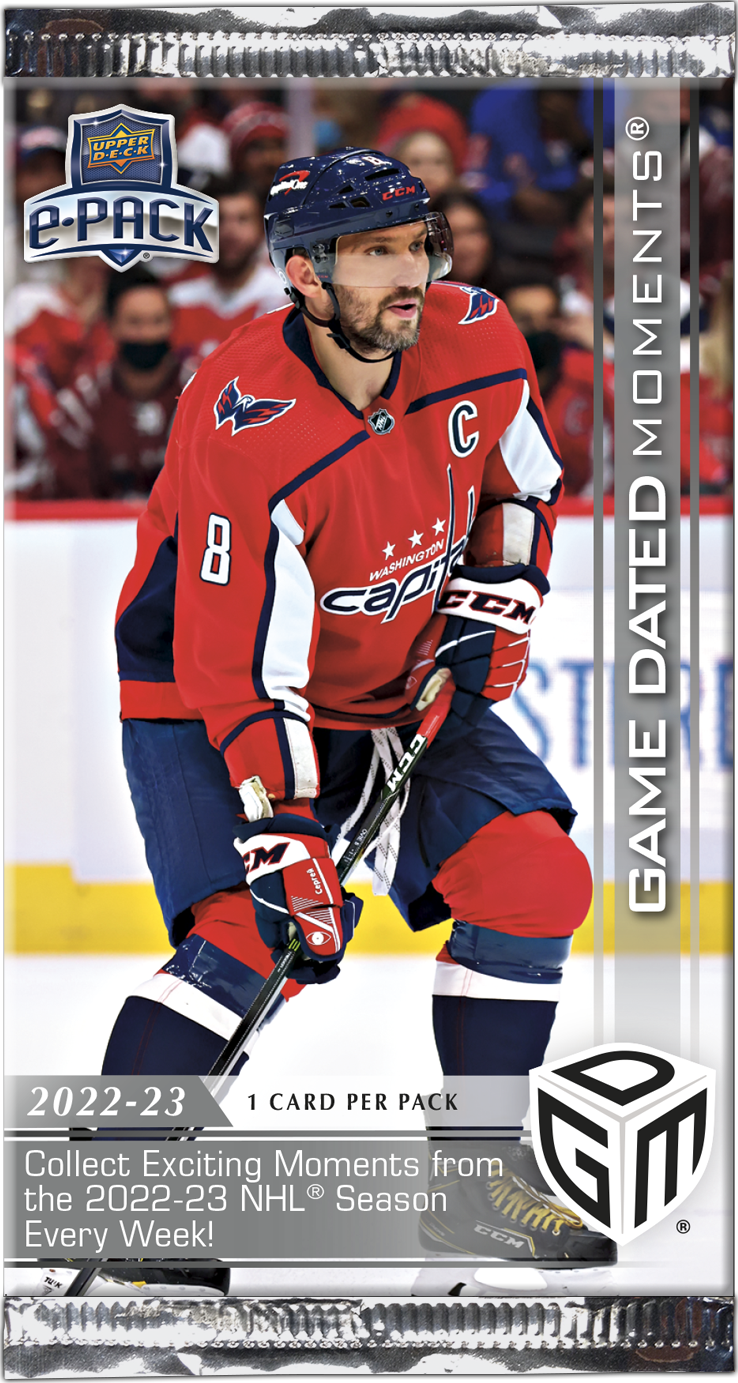 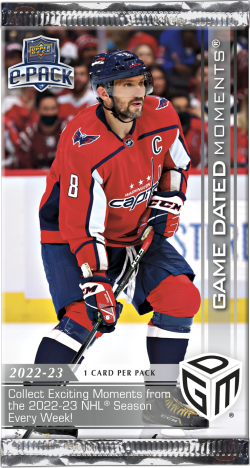 2022-23 NHL Game Dated Moments is on Upper Deck e-Pack® and gives hockey fans the chance to collect cards of the top moments from the 2022-23 season. Cards will be released every Friday at 9am PT and will only be available for one week or until they sell out. Base Set cards will now be limited to just 599 copies, while Rookie, Rookie Debut, and Debut cards will be limited to 1199 copies. Gold Parallels limited to just 100 copies return to the product and will again be randomly inserted as a second card into select packs! Be sure to collect all of the cards throughout the season and keep them in your e-Pack collection so you can redeem them for exclusive achievements, including the popular Rookie of the Month Achievements and the all-new 6-card 2017-18 Retro Rookie Achievement set, celebrating the fifth anniversary of the inaugural GDM set on e-Pack. Flash the Leather and catch all the top moments from this season!